Mustang Freightways is pleased to be a supporter and sponsor of a local youth softball team – South Bow River (SBR) Aftershock. SBR Aftershock is a team managed by the South Bow River Softball Association, an association on a mission to provide opportunities for girls from 5 to 10 to learn and play the game of softball.

Sport Has the Power to Change the World

Nelson Mandela once said, “Sport has the power to unite people in a way little else does.” Sport has the power to inspire and connect youth in a language they understand. As such, Mustang believes sports programs are an effective way to positively impact the communities where we operate. So, when the opportunity came for us to sponsor the SBR Aftershock, we didn’t hesitate.

Stepping Up to the Plate

Offered the opportunity to pay for a couple of batting cage sessions for the SBR Aftershock, Mustang graciously accepted the proposal needed for their practice & training. We also covered the registration fees for the upcoming softball tournament.

Everything We Touch Turns to Gold

After preparation comes the battle, and for our team, victory has been the outcome! SBR Aftershock has been able to win two tournaments as of this writing – Nose Creek Softball Tournament (Calgary) and SBR Blues Tournament (Calgary). We’re super-proud to see our girls with wide grins and gold medals hanging around their necks. It’s moments like these when Mustang looks to further build upon positive contributions in our local communities – – truly golden moments! 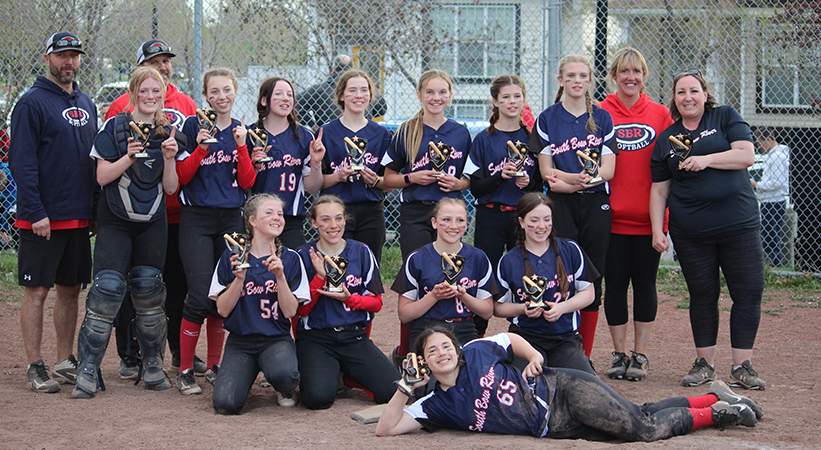 Going for the Triple

If you’re interested in cheering the girls on, the SBR Aftershock is participating in the Blues Crew Tournament in Edmonton from June 3 – 5. Good luck in your next tourney, girls… the colour gold looks great on you!

Mustang Freightways has some of the finest employees in its ranks, and we are proud…

Mustang Freightways is proud to celebrate the 10th work anniversary of Jeffrey Lachance, our Calgary…

Ideally, summer means perfect road and weather conditions for driving; however, there are some hazards…