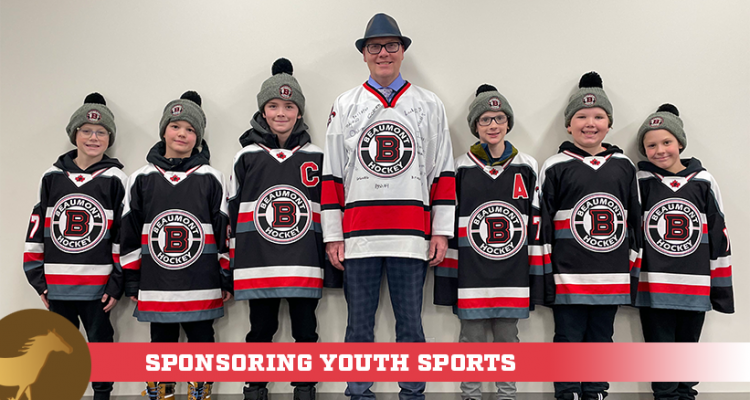 Mustang Freightways is proud to announce our sponsorship of the U11 Beaumont Orthodontics HADP Blazers. Our partnership ensures the team gets access to essential equipment and gear needed for the team’s development.

Playing Our Part in Youth Sports

Youth sports help the young ones in our community build confidence and stay healthy. Mustang is always keen to participate in initiatives similar to this type of sponsorship that positively impacts the youth in our community. “I really appreciate the support we’ve been getting from Mustang Freightways. The team can do some developmental training, get access to quality work sessions, and training gear needed for our games,” says Ryan Bresden, the HADP Blazers team coach, when speaking on the partnership with Mustang.

Starting Off on the Right Skate

This season is going great for the team, they already have a trophy in the cabinet, and they won it undefeated. “The boys are having such a great time right now, and the spirits are high on the team. So far in our local league, we have a great record – played 16, 13W 2L 1T; that has the team sitting at the top of the table,” Ryan says excitedly. “We also won the Red Deer Tournament in November despite a close final. The boys were able to seal the win in overtime, 7-6. That win meant we were undefeated throughout the tournament!” he exclaimed.

More than a Game

The boys are also taught to be more than great hockey players. According to their coach, teaching them to be great people is just as important as teaching them to be great players. “We have community projects that we carry out as a team that I consider just as important as playing hockey. We want to raise not just great players but even better individuals as well,” he says. “We have an exciting project going on now called Holiday Hamper, where each player gives a holiday hamper to a less fortunate family they’ve ‘adopted.’ It’s a unique opportunity for our team to give back to our community with the boys’ involvement,” Ryan happily adds.

Good luck with your season, boys! All of us at Mustang Freightways will always be in your corner, cheering you on!

Start planning now for all your 2023 freight shipments! New for 2023, Mustang Freightways has…

As we settle into 2023, many of us are looking for ways to improve our…

As a trucking company, our drivers and equipment are the faces of Mustang Freighways, as…